What is Reasonable Suspicion? 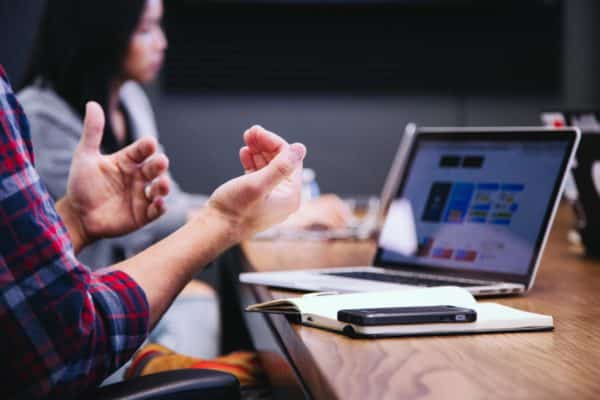 "The overall goal of this type of testing is to protect public and workplace safety."

Reasonable suspicion (also referred to as “reasonable cause” or “for cause”) testing gives employers the opportunity to test an employee suspected of being intoxicated or under the influence of drugs or alcohol before that person can cause an accident, injure someone, or cause property damage. The overall goal of this type of testing is to protect public and workplace safety.

Generally, reasonable suspicion is based on a belief that an employee is using or has used drugs in violation of the employer’s policy, drawn from specific objective and articulable facts, as well as rational inferences drawn from those facts. Inferences can be drawn from observations concerning the appearance, behavior, speech, and smells that are usually associated with drug and alcohol use. Among other things, such facts and inferences may be based on:

a. The physical symptoms or manifestations of drug or alcohol use such as altered or slurred speech, or repeated incoherent statements; dilated or constricted pupils, flushed skin, or excessive sweating; and excessive drowsiness or loss of consciousness without reasonable explanation.

b. Unexplained, abrupt, or radical changes in behavior such as violent outbursts, hyperactivity, extreme suspiciousness, frequent, and/or extreme fluctuations of mood without reasonable explanation.

c. Inability to walk steadily or in a straight line or perform normal manual functions essential to an employee’s position without reasonable explanation.

d. Unexplained, prolonged, or frequent disappearances from the work area.

e. Accidents or near-accidents on the job that appear related to unexplained sensory or motor skill malfunctions.

g. The direct observation of the use of drugs or alcohol while at work or on duty.

h. A report of probable cause provided by a reliable and credible source.

Who Must Submit to Reasonable Suspicion Testing?

All employees should be subject to reasonable suspicion testing and there should be no exceptions to this rule. If an employee is exhibiting behaviors such as those outlined above, that person should be immediately removed from performing their job duties and subject to testing to determine if the behaviors are due to drug use or abuse. This is strictly a safety concern for the employee as well as other employees, customers, and the general public.

Reasonable suspicion testing is accepted in every state and some states actually require it; a majority of states with voluntary laws require this type of testing to be implemented in order to obtain the benefits offered by the state. Most of these states provide a definition of what constitutes reasonable suspicion testing in that particular state as well as other testing requirements such as documentation of the determination, specific training requirements, and testing within a certain timeframe.

Tennessee is an example of a state with a voluntary law that offers a discount on workers’ compensation premiums for qualifying companies. In Tennessee, the definition of reasonable suspicion testing is:

“Reasonable suspicion drug testing” means drug testing based on a belief that an employee is using or has used drugs in violation of the employer’s policy drawn from specific objective and articulable facts, and reasonable inferences drawn from those facts in light of experience. Among other things, such facts and inferences may be based upon:

1) Observable phenomena while at work, such as direct observation of drug use or of the physical symptoms or manifestations of being under the influence of a drug, 2) Abnormal conduct or erratic behavior while at work or a significant deterioration in work performance, 3) A report of drug use provided by a reliable and credible source, 4) Evidence that an individual has tampered with a drug test during his or her employment with the current employer, 5) Information that an employee has caused, contributed to, or been involved in an accident while at work, and 6) Evidence that an employee has used, possessed, sold, solicited, or transferred drugs while working or while on the employer’s premises or while operating the employer’s vehicle, machinery, or equipment. In addition, documentation is required, and an employee may request a copy of the documentation.

Some states with a mandatory drug testing law also include reasonable suspicion guidelines. For instance, in Iowa, the state’s mandatory statute defines reasonable suspicion as outlined above with a small difference that adds a monetary amount on the fifth bullet point: accidents resulting in $1,000 in damages or more constitute reasonable suspicion. There is also a training requirement for supervisors that are involved with the employer’s drug or alcohol testing program.

Not every state has guidelines for reasonable suspicion testing nor even mention reasonable suspicion testing standards in their statutes. However, the absence of a defined standard does not give employers free reign to test however they want. Employers should use standards recognized across the nation including rational inferences of individualized suspicion based on articulable observations of the employee.

Supervisor training is the key to a successful reasonable suspicion testing program. Training should include guidance on how to properly confront an individual who may be under the influence of drugs or alcohol, what to say and what not to say, and the proper tools for documenting the behaviors that led to the determination to test.