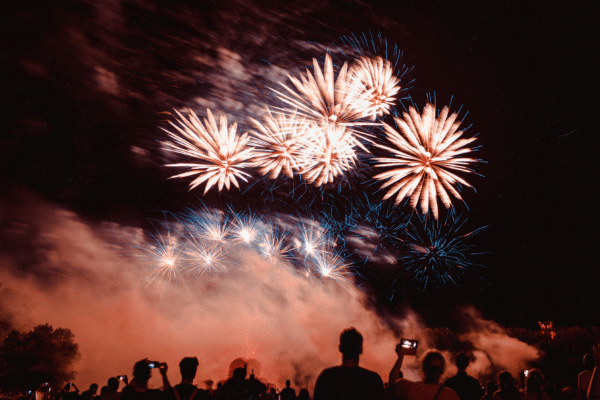 It’s safe to say that 2021 will be remembered for a lot of things we had hoped were behind us, almost all of which was caused by the ongoing COVID-19 pandemic. A labor shortage, supply-chain problems, and workplaces that hadn’t quite gotten back to normal when variants of the coronavirus spread across the country and the world wreaking further havoc on businesses.

Additionally, another big year for the legalization of marijuana in many states caused a growing number of employers to ignore the dangerous impact of marijuana impairment in the workplace and drop cannabis from their drug-test panel. According to the Current Consulting Group’s 23rd Annual Drug Testing Industry Survey, 63% of drug testing providers said they had clients stop testing for marijuana, which is up from 45% in 2020 and 17% in 2019.

Also in 2021, a landmark report from the University of Sydney revealed that marijuana impairment lasts much longer than proponents of marijuana legalization previously claimed, from 3 to 10 hours versus just 2-3 hours.

So, what does 2022 have in store for employers and drug test providers? Following are 5 predictions worth considering as you make drug-free workplace plans for the new year.

In 2021, New York became the first state to basically prohibit workplace drug testing for marijuana. And while there are some obvious exceptions to the Empire State’s restrictive testing law (i.e., DOT-mandated testing), most employers will likely choose not to challenge the law and thus face legal challenge after legal challenge when marijuana-impaired employees cause accidents, harm to others, and property damage. However, we can expect to see other states follow New York’s example.

It will take some years, though not that many, but most states with legal recreational marijuana laws will prohibit or so severely restrict workplace testing for marijuana as to discourage most employers from including marijuana in their drug-test panel.

A related prediction will be an ever-increasing number of workers impaired by marijuana while on the job, more accidents, workers’ compensation claims, and lawsuits, and a corresponding drop in productivity. The legalization of marijuana doesn’t make the drug less dangerous but making testing for marijuana illegal will make workplaces less safe, less productive, and less desirable to the majority of employees who do not use marijuana and do not want to work side-by-side with marijuana-impaired co-workers.

Laws like New York’s will result in fewer employers including marijuana in their drug-test panel, but that won’t be the only reason why most employers drop THC from their programs. According to Current Consulting’s 2021 industry survey, 79% of providers said employers are concerned about “their ability to test for THC.” In other words, many employers doubt they have the legal right to test for marijuana even though testing for marijuana remains legal in virtually every state.

Additionally, 71% of providers said employers are concerned about the “legal risks” of testing for marijuana. In other words, will they get sued if they test for marijuana? Can they take adverse employment action against an employee who tests positive? Are they allowed to refuse to hire an applicant who is a registered medical marijuana user?

As stated above, the percentage of providers who said they are now selling oral fluid testing has increased dramatically over the past three years. The pandemic probably pushed a lot of providers toward oral fluid testing to meet the needs of employers who were having problems getting urine collections performed at off-site facilities, which were perceived by some as possible “super-spreader” locations. Additionally, many occupational health centers were unable to provide urine collections for drug testing during the height of the pandemic.

The ease of an oral fluid collection makes it possible for employers to bypass traditional collection sites and conduct the collections at the workplace without worrying about taking the precautions inherent with urine collections. Oral fluid testing is available as a lab-based test and as a rapid-result, point of collection test. With either method, collection problems are solved. And rapid-result testing, which typically renders a screen result within 10 minutes, makes same-day hiring possible, which will be more and more attractive to employers in 2022 as the labor shortage continues and the competition for workers becomes ever fiercer.

5. More impairment/fitness for duty testing in conjunction with drug testing

As employers grapple with the issue of testing for marijuana while at the same time facing the highly predictable negative impact on safety in the workplace from dropping marijuana from their drug-test panel, many will turn to other technologies to identify impairment or fitness for duty. Fitness-for-duty testing will not replace drug testing, but in conjunction with a positive test result, it will strengthen an employer’s justification for taking adverse employment action, especially in safety-sensitive workplaces.

We can all remember the worldwide collective sigh of relief when 2020 came to an end. No way, we thought, could 2021 be that bad… and then it was. For employers, 2021 was, in many respects, at least as challenging as the previous year. And drug testing services and policies took another big hit.

Now you know my predictions for the new year. What are yours? Email Current Consulting Group at [email protected] to share your thoughts and when possible, we will incorporate them into future newsletters, webinars and blog posts.

© 2010-2022 The Current Consulting Group, LLC – No portion of this article may be reproduced, retransmitted, posted on a website, or used in any manner without the written consent of the Current Consulting Group, LLC. When permission is granted to reproduce this article in any way, full attribution to the author and copyright holder is required. i How long does impairment last after cannabis use? Cosmos. April 2021. https://cosmosmagazine.com/health/body-and-mind/how-long-does-impairment-last-after-cannabis-use/ ii 2021 Current Consulting Group Drug Testing Industry Survey, October 2021, https://www.currentconsultinggroup.com/the-2021-drug-testing-industry-survey-highlights/ iii Adult Use Cannabis and the Workplace: New York Labor Law 201-D. New York Department of Labor. https://dol.ny.gov/system/files/documents/2021/10/p420-cannabisfaq-10-08-21.pdf iv 2021 Current Consulting Group Drug Testing Industry Survey, October 2021, https://www.currentconsultinggroup.com/the-2021-drug-testing-industry-survey-highlights/i